BCOM was founded as the British College of Naturopathy in 1936 by Stanley Leif. 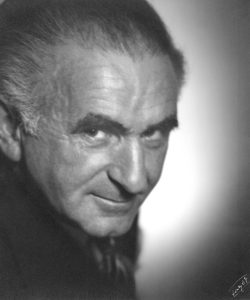 BCOM was founded as the British College of Naturopathy in 1936 by Stanley Lief. He was born in Latvia in 1892 and moved to Johannesburg at the age of three. Inspired by Bernharr Macfadden’s magazine “Physical Culture”, Stanley enrolled at the Bernarr Macfadden School in America.

After graduation he came to England to manage an institution in Brighton, and then went into private practice in Bristol. He went on to open his own Nature Cure home in Buckinghamshire and founded “Health for All” magazine.

In 1925 Stanley opened the famous Champneys Spa in Tring, Hertfordshire, and there had many years of successful practice. Frazer House was donated to Lief by one of his patients.

Stanley Lief was truly a pioneer and held in the highest esteem by his colleagues and students. He was Dean of the College from 1936 to 1963, and President of the British Naturopathic and Osteopathic Association three times between 1945 and 1956.

The College has been at its present site in Netherhall Gardens since 1953 years. The spacious old building is named after Hector Frazer, who purchased and gave the property to the British Naturopathic & Osteopathic Association as a token of gratitude for the benefit he and his wife received from treatment given to them by Stanley Lief, founder of the College.

The house was large enough to provide lecture rooms and accommodation for a Clinic with treatment rooms for out-patients. It also had a spacious, panelled hall with an overlooking balcony, which was very suitable for lectures, conferences and receptions and an equally spacious room for use as a student common room. At this time the College had 28 students.

The official opening of the building as the British College of Naturopathy took place on October 2 1954. It had been decided unanimously that the house would be called ‘Frazer House’ in honour of the generous benefactor who performed the opening ceremony.

The original House was designed in the second half of the nineteenth century by two eminent architects, Batterbury and Huxley. Completed in 1883, it had been commissioned by the artist Thomas Davidson, whose paintings are in the Greenwich Maritime Museum.

Since the College’s official opening at the site in 1954 there have been major building developments including three extensions to Frazer House in 1980, 1989 and 2004, and the purchase of Lief House in 1996.

Thinking of applying for one of our undergraduate or postgraduate degrees in osteopathy? Please click here to contact us.
© The British College Of Osteopathic Medicine 2022 - All rights reserved