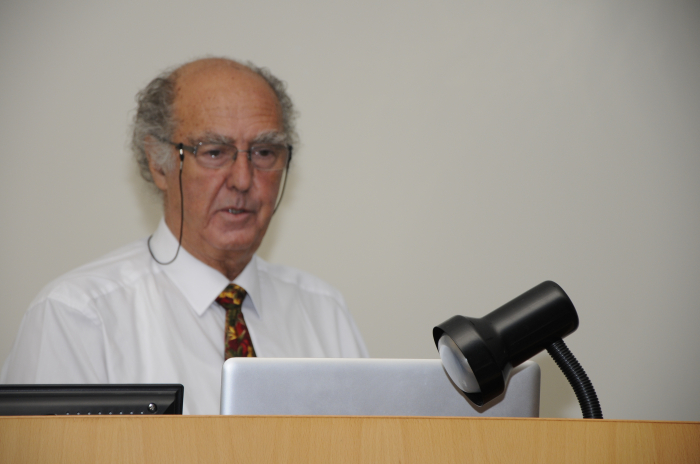 We announce the very sad news that Mr Leon Chaitow, President of the BCOM Alumni Association, passed away on 20th September 2018.

Leon Chaitow was a highly respected figure within the osteopathic community and an alumnus of the college.  Editor-in-Chief of the Journal of Bodywork & Movement Therapies (JBMT) since 1996, Leon wrote numerous major textbooks on manual medicine.

Mr Chaitow had a long history with BCOM and came to study at the college in 1956 when it was the British College of Naturopathy & Osteopathy (BCNO). At that time Stanley Lief, BCOM’s founder, was still Dean. He graduated in 1960 and went on to train in Acupuncture and Cranial Osteopathy. Leon served as Chief External Examiner at the Israeli College of Natural Health Sciences, Tel Aviv, Israel and External Examiner at the College of Osteopaths in London.

Leon was awarded an Honorary Fellowship by the University of Westminster for ‘services to osteopathy and complementary medicine’ in 2005, and also by the British Naturopathic Association in 2007. Over the years Leon was invited to speak at international osteopathic, chiropractic, physiotherapy and naturopathic conferences in North America, Australia and Europe, including presenting a keynote speech at the International Conference on Advances in Osteopathic Research (ICAOR).

Mr Chaitow continued to be actively involved with BCOM and became President of the BCOM Alumni Association in 2013. He saw the role of alumni relations as an important factor in advancing the profession and delivered guest lectures to our students and alumni. He was a keynote speaker at ICAOR in 2012 and 2017 and was an honoured guest at BCOM’s graduation ceremonies over the years.

Since early 2018 he found himself in failing health. Nevertheless, in that time, he was able to complete his last book, Fascial Dysfunction 2e, soon to be released by Handspring Publishers, and made arrangements for editorial succession of JBMT.

Leon will be sadly missed by staff, students and alumni at BCOM. Arrangements are being made for a memorial service in London in coming months.

BCOM has a strong research profile which helps inform teaching and learning throughout the curriculum.