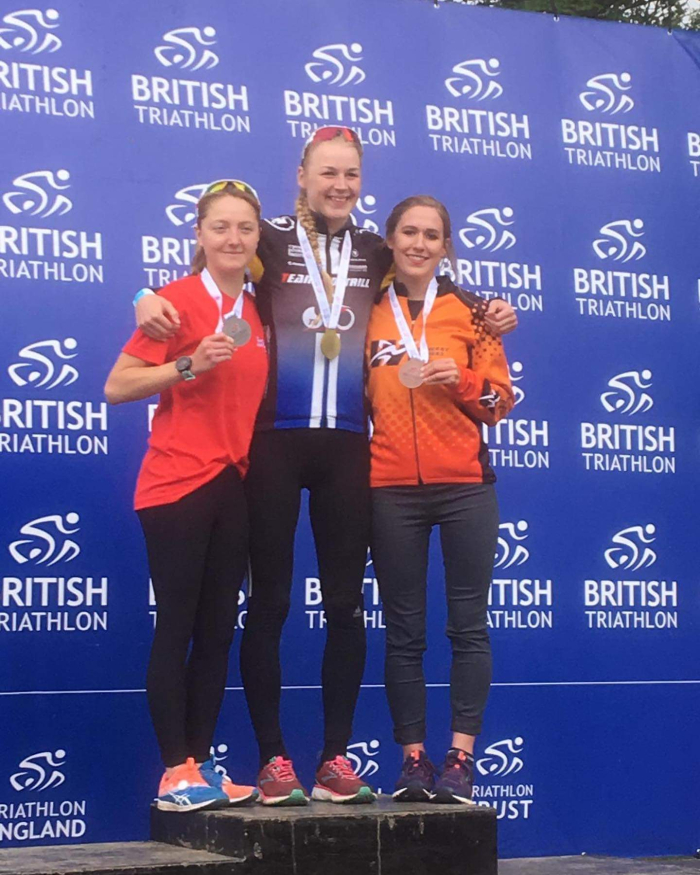 Congratulations to triathlete and BCOM student Brit Tate who became the British Age Group Triathlon Champion in Olympic Distance at the British Triathlon Championships in Leeds on 9 June. This is one of many sporting victories for Brit and a huge achievement as she was recovering from a half ironman contest that she competed in only few weeks ago, but this did not stop her from claiming the title! As if that was not enough, last weekend Brit raced the British Sprint Triathlon Championships in Nottingham. Due to the amount of rainfall the swim event was cancelled because of the poor water quality so the race then became a duathlon instead. Brit said:

“This wasn’t good for me as I am not a good runner in comparison to my competitors and I normally get the advance in the swim and bike sections. However, I thought I would go and race anyway for some race practice. I took the lead in the first 1.5k out and into transition in 5.05 minutes, then got a decent gap just over 30 seconds or so on the bunch behind me on the bike leg as this was a draft legal race (able to draft each other on bikes – not good for a string biker!) I managed to hold my advantage for one lap on the next 5k run before a girl caught me who used to be a 400m sprinter and she overtook me on the last 400m so I won the Silver! I was super chuffed as I didn’t expect to get a British podium in a duathlon event! 2 British podiums in 1 week = a happy triathlete!”

Brit’s many sporting successes have been achieved whilst studying for the four-year Masters in Osteopathy degree course. The next stop for Brit will be the European half ironman championships held in Romania in the first weekend of July where she will be competing for Great Britain. Good luck Brit! 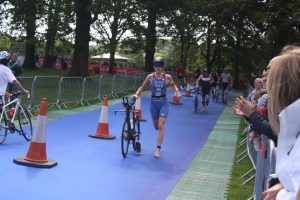