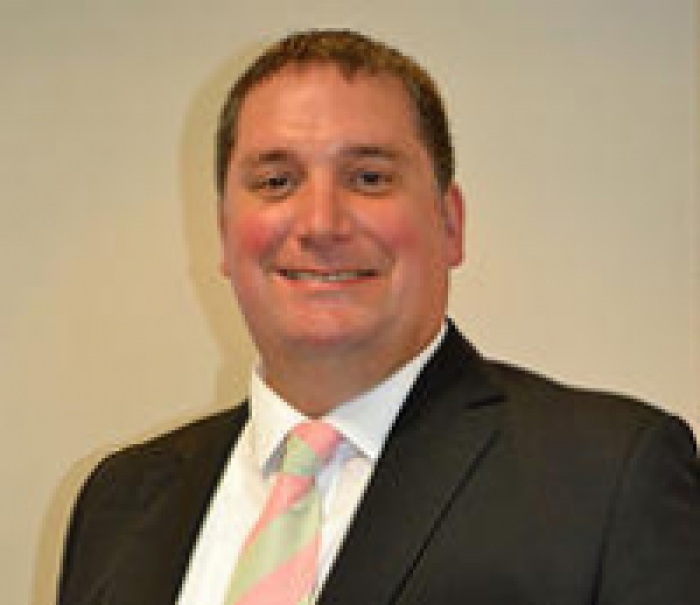 Simeon Milton has an established career in sports osteopathy and is Chair of the Osteopathic Sports Care Association (OSCA). After graduating from BCOM in 1994 with a DO and BSc (Hons) Ost Med Simeon started working in private practice, and went on to set up his own osteopathic clinic four years later which he still runs today. Simeon lectures at postgraduate level in the UK and internationally.

“I Began working in rugby in 1995 and was part of a medical team at county, divisional and international level. I became Chair of the Osteopathic Sports Care Association in 2010, the same year I was appointed Clinical Lead Osteopath for the London 2012 Olympic and Paralympics Games. I was also Clinical Lead Osteopath at the Athletic and Para-Athletic IAAF World Championships London 2017.  I have been the Osteopath at various multi-sport games including the first European Games 2015 and the World Muslim Games 2017 in Baku, and the Asian Indoor and Martial Arts Games 2017 in Ashgabat.  I was the only overseas Osteopath to be invited to work at the Rio Olympic Games Central Medical Team in the Athletes Village. 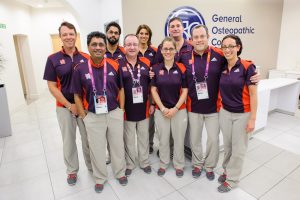 The main themes of my training at BCOM: Osteopathic physical hands on treatment, exercise prescription, psychology and nutrition have all been shown to still be not only relevant today, but are now evidence-based.  Although I have gone on to study certain areas e.g. rehabilitation to greater depth, the undergraduate education I received at BCOM has always stood me in good stead. Indeed, when working in multi-disciplinary clinics or lecturing around the world when asked to demonstrate osteopathic techniques, I still use many of the ones I learnt as an undergraduate at BCOM.”

BCOM has a strong research profile which helps inform teaching and learning throughout the curriculum.