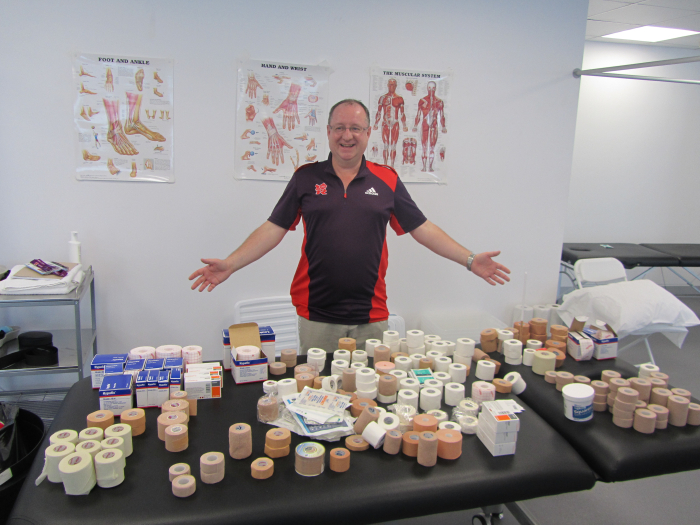 Tom Hewetson has an established career in osteopathic sports care that has included working with the England Rugby Team and Wasps London RFC. Tom was part of the osteopathic team at the 2002 Commonwealth Games and on the Central Medical Team at the London 2012 Olympic and Paralympic Games, working with some of the world’s greatest athletes. He is Senior Lecturer at BCOM in Rheumatology and Orthopaedics, Osteopathic Techniques and Clinical Supervision.

Tom Says: “Pretty much from the time I decided to become an osteopath the pathway I wanted to follow was to work with sports people.

It’s difficult to put my pathway into a chronological order as many of the roles and positions I have been involved with have overlapped as you will see.

In 1994 I was asked to assist Simeon Milton, now the Chairman of the Osteopathic Sports Care Association (OSCA) at RFU London Division Rugby. What an experience, not even graduated and already getting into the world of sports care. I graduated in 1995 from BCOM (then BCNO) and almost immediately found a position at Wasps FC (now London Wasps RFC), where I worked with some exceptional physiotherapists and doctors. As the club osteopath I covered two training sessions a week initially, and then four a week when rugby turned professional in 1996. I covered a 1st or 2nd or development squad game every week during the season sometimes two a week, then seven tournaments in the off-season, then back to pre-season training for the season to come.

During my time at Wasps I was also asked to consult for London Broncos RLFC; tour the UK with the Japan U/21 squad; work with the England RFU; England select 7’s World Cup in Dubai and RFU London Division. I left Wasps in 2001, but remained a consultant for them until 2009. When I left Wasps the RFU came knocking asking if I would be the osteopath / medical lead for London Division U/18 rugby which I did until 2006. I was also lucky enough to have worked with UK Athletics and the British Triathlon association.

One of the reasons for me leaving Wasps was to pursue an MSc in Sports Injuries and Therapy and to expand my knowledge in sports care. In 2002 I was selected as one of the osteopathic team to attend the Commonwealth Games in Manchester.

In 2012 I was selected as a member of the manual therapies team that worked at the Olympic and Paralympic Games in London; and I am one of 17 osteopaths recognised as a preferred practitioner for the English Institute of Sport.

Let’s go back to the beginning. In 1995 I saw an advert in the professional journals asking for osteopaths who were interested in treating athletes to get together to form a new association for osteopaths working in sport, this became the Osteopathic Sports Care Association (OSCA). Many of the positions now available to osteopaths working in sport are there due to the many years of hard work by OSCA. I worked with OSCA for 17 years holding the offices of education, continuing professional development and Secretary. I stood down from OSCA in 2012.

During my time with OSCA, as well as opening doors for osteopaths to work in sport, and running high quality seminars and conferences, we managed to get a PG cert, PG Dip and MSc in Osteopathic Sports Care run by Leeds Metropolitan University. I taught on this course for four years. I also taught sports care at Oxford Brookes University (OBU) and BCOM as a guest lecturer. I was an associate lecturer at OBU for five years teaching sports care, osteopathic techniques and neuro anatomy. I have been lecturing at BCOM as a guest lecturer for many years and became a senior lecturer in orthopaedics and rheumatology, osteopathic techniques and clinical supervision in 2011. I have written a book entitled ‘An Illustrated Guide to Taping Techniques: Principles and Practice’ and I have been lucky enough to teach taping techniques in the UK, Italy and Canada.

In 2013 I was honoured with a fellowship of the Osteopathic Sports Care Association for my work in sport, sports education and in promoting osteopathy in the world of sports. I continue to educate osteopaths in the UK and abroad in osteopathic sports care. At present I am involved with a group working towards international recognition of osteopathy at major sporting events.

I have loved every minute of my work with athletes and educating osteopaths and hope to do so for many more years.” 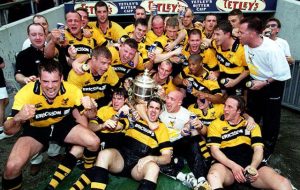 Thinking of applying for one of our undergraduate or postgraduate degrees in osteopathy? Please call our admissions team on 020 7435 6464 or email admissions@bcom.ac.uk.